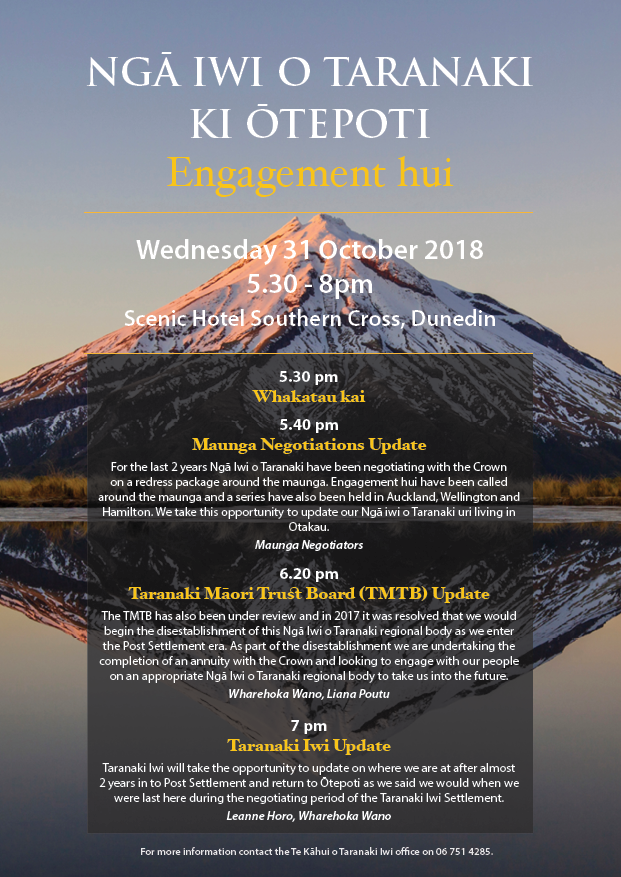 The TMTB has also been under review and in 2017 it was resolved that we would begin the disestablishment of this Ngā Iwi o Taranaki regional body as we enter the Post Settlement era. As part of the disestablishment we are undertaking the completion of an annuity with the Crown and looking to engage with our people on an appropriate Ngā Iwi o Taranaki regional body to take us into the future.
Wharehoka Wano, Liana Poutu

Taranaki Iwi will take the opportunity to update on where we are at after almost 2 years in to Post Settlement and return to Ōtepoti as we said we would when we were last here during the negotiating period of the Taranaki Iwi Settlement.
Leanne Horo, Wharehoka Wano